Pancho Member Posts: 665 ✭✭✭ Daybiller
February 27 in X-Files (The Missing & Unexplained)
I know Hondo recently posted some details about a US half sheet (22 x 28) being used for an Aussie release of 'The Vulture' and while I was looking through some of my AUS press sheets the other night I noted this odd entry on the list of accessories for 'Motel Hell'.

Seems like some films did use 22 x 28s here in Australia? I know that Carrie had a unique style 'half sheet' that measured 22 x 28 but in a portrait orientation (as opposed to the US landscape): 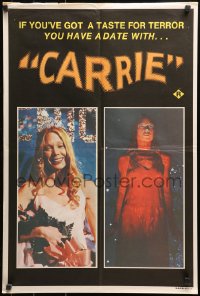 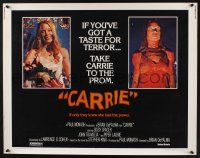