Home› Posters by...› Posters by Decade› The Silent Era
Sign In · Register

The very first "movie posters" appeared at the same time movies were first made, around 1896. They were small posters with a vertical format, advertising the machines and the process, rather than individual movies!

Here are more important milestones in the history of movie posters (I am just writing these off the "top of my head", and I welcome any additions or corrections):

ATTENTION ALL YOU POSTER HISTORY BUFFS! As I said above, the above chart was created in minutes, and I welcome any additions or corrections. I would LOVE to greatly expand it, and I would especially like to add similar dates for every movie poster producing country! Please email us if you have information to help make this a reality! 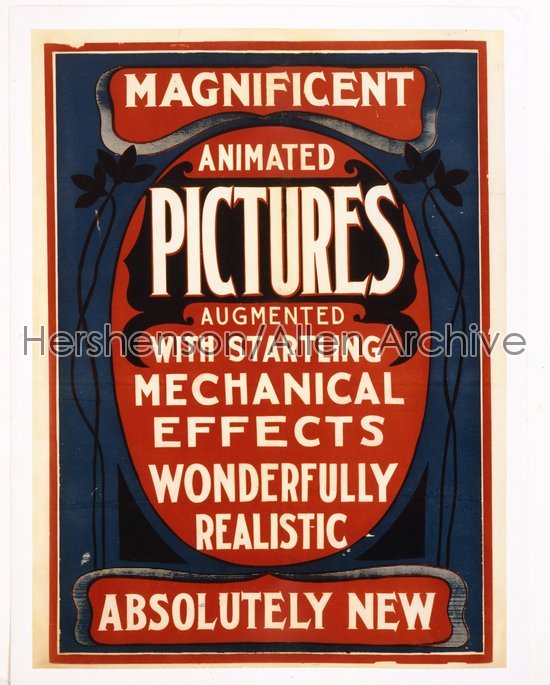