Home› Posters by...› Poster by Country› Australian
Sign In · Register

Gone With the Wind Australian one sheet

John Member, Dealer Posts: 1,292 ✭✭✭✭ Three-Sheeter
January 23 in Australian
Curious as to what everyone thinks about this Gone With the Wind Australian one sheet. It was described at auction as a 1942 reissue. Printer is Hackett Offset Print SYD & MELB. The poster has a hand written date at the top but not sure how significant that is. Is it a 1942 or 1944 release or perhaps original release? 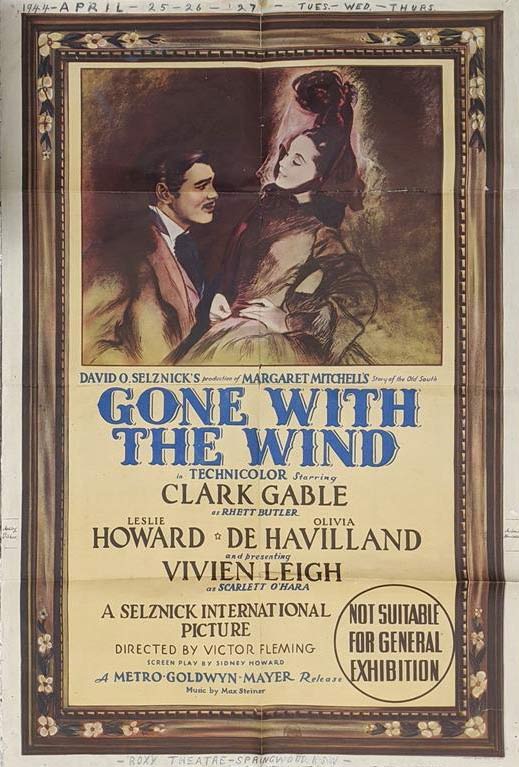